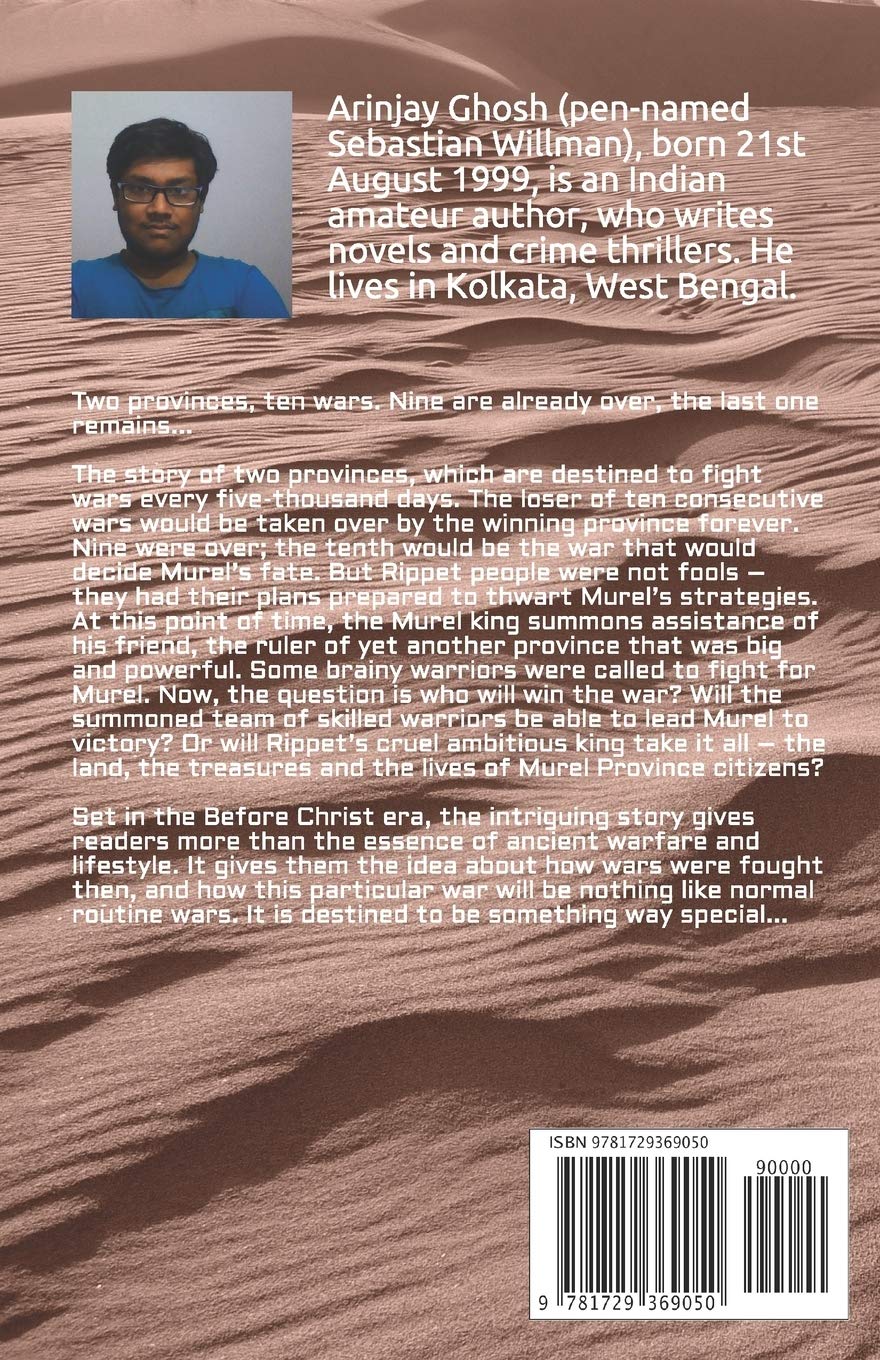 Two provinces, ten wars. Nine are already over, the last one remains...

The story of two provinces, which are destined to fight wars every five-thousand days. The loser of ten consecutive wars would be taken over by the winning province forever. Nine were over; the tenth would be the war that would decide Murel's fate. But Rippet people were not fools - they had their plans prepared to thwart Murel's strategies. At this point of time, the Murel king summons assistance of his friend, the ruler of yet another province that was big and powerful. Some brainy warriors were called to fight for Murel. Now, the question is who will win the war? Will the summoned team of skilled warriors be able to lead Murel to victory? Or will Rippet's cruel ambitious king take it all - the land, the treasures and the lives of Murel Province citizens?

Set in the Before Christ era, the intriguing story gives readers more than the essence of ancient warfare and lifestyle. It gives them the idea about how wars were fought then, and how this particular war will be nothing like normal routine wars. It is destined to be something way special...